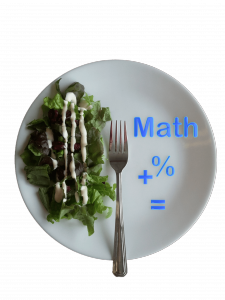 When I was younger, eating green salad was never fun for me. I would be the last kid at the table not allowed to leave until it was all gone. My parents would say just eat it fast and you will be done. I tried that a few times and forced myself to gag making my parents think that I could not finish it. I had hoped they would say “oh, are you having a problem? Maybe you should leave the table and lay down.” My parents were much too smart for that and it never worked as you could guess. So eating it fast never worked.

Then came the other methods of eating salad. My parents allowed me to have other ingredients to help me eat the salad. My sneaky parents would add lots of other ingredients to cover up the salad so it looked like it was not even on my plate. They added nuts, dressing, beans, eggs (that was gross) and thank goodness my parents never added sardines or I would have puked. The short of it is that they added things to get me to like the salad or cover it up so I would not know it was there. I will tell you from experience this worked very few of the times they tried it. At some point being the incredibly smart kid that I was I would realize the vegetables beneath and complain.

Fast forward some years later to see the incredibly muscle toned man that I am (not really) and now I love salad. My parents did not get me to like salad, I just slowly began to like it. My favorite is to get spinach leaves from Costco (big bag) and add dressings like poppy seed and croutons. I love eating salad and the dressings just make it taste even better (except cooked spinach – still gross).

The point of all this is that learning math is like eating salad. Kids will most likely not think it is fun when they are younger and even some adults do not like math. When I was a kid I would sit for hours at my desk at home looking at my math book and not wanting to even start, knowing that it would just cause frustration and I would still get bad grades. I had a teacher that once told me to just sit down and force yourself to do it and it will become a habit. Just like my parents told me to sit down and eat my salad fast it did not work in my case with math. I would complain to my parents that I was too dumb and would never get math. My opinion of myself was that I was a stupid kid and why should I learn math if I would never use it in the real world. This mentality was like me faking that I was gagging on the salad hoping that my parents would not make me finish it. My parents and teachers thankfully never told me that I could just quit math and lay down.

Now on to the other methods of forcing math into me was dressing the salad up to make it tastier or to cover it up.  Just like my parents did with salad there are tons of ways to dress up math and make it more fun. I make animated math videos to make math fun and there are tons of games out there that teach that kids can play and will not know they are learning math because of how much fun they are having. There is nothing wrong with making math fun but math is still math and it needs to be done and practiced. Even with my videos to help kids I realize that it is just a dressing to make it taste a little better, eventually each child has to sit down and work the math problems. This is part of growing and believing that math will always be fun with new games, videos, apps and things will not change the fact behind it that math for many kids will be hard and tedious and will take lots of practice. Math can be fun but it will not always be fun and you cannot force yourself to do one hard core study to shove it all in. This approach does not work with most kids either.

In the story of the tortoise and the hare, slow and steady wins the race. I believe it is similar with math. You cannot cram and expect great results and just forking down the math at one short sitting is not enough. Math for many kids will be different but for me the best method was to help me realize that while it was not my strong point I could get better at it. Finding a variety of ways to help me was what helped me get through school. I used math programs, YouTube videos and many other “dressings” to help spice up the salad but in the end I had to actually sit down with pencil and paper and practice the math.

I still struggle with math at times and I doubt it will ever be my biggest strength but I know that I love salad now because I have acquired a taste for it and kids can do the same with math. It may take some time but slow and steady wins the race. Enjoy your Salad, I mean Math.